Our client was charged with Assault on Child under 12 after disciplining a disobedient boy who lived with our him. Mr. Valentine argued that the defendant's action was a necessary and proper act of discipline and that since he was acting in a parental role, should not be convicted of assault. After a district court trial where 5 witnesses testified, the judge entered a "Not Guilty" verdict. 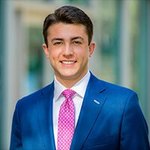