Our client was charged with possessing methamphetamine after being stopped driving his friend's truck. Under North Carolina law, without having knowledge of something, you cannot be convicted of possessing it. Mr. Valentine was able to convince all 12 jurors that our client had no knowledge of the controlled substance and they returned a unanimous "Not Guilty" verdict. 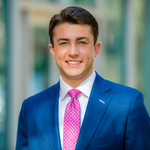