Mr. Valentine was retained by a young father and his fiancé, a schoolteacher at a local public school, in a custody battle with the mother of his two minor children. The mother had withheld the children from Father for months during the pandemic and filed suit for custody. Following substantial preparation and gathering the support of numerous witnesses, including the Principal who would testify to the loving environment of Father, the Court awarded primary custody to our client. The children are now able to grow up in a stable, safe environment and continue attending school in Cleveland County. 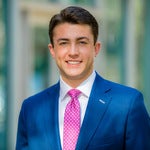